TAO - LIVING IN BALANCE video/TV series explores ancient healing traditions and energy medicine and includes interviews and suggestions that inspire and empower viewers to reach a higher state of wellness - to live a more balanced, healthy life. Every half-hour episode is a narrative of healing, hope, and transcendent connection with nature told descriptively and with great reverence and love by some of the most important healers of our time.

Global explorer, Edmund Jin, takes you on a journey of discovery into the world of energy medicine and its power to balance mind, body and spirit. Every episode is a narrative of healing, hope, and transcendent connection with nature told descriptively and with great reverence and love by some of the most important healers of our time. 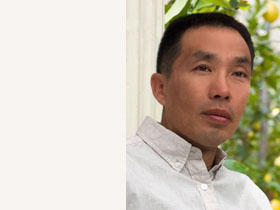 Edmund Jin travels around the world in search of adventure and excitement as he lives life to the fullest. But that wasn’t always the case. After learning the importance of living in balance for health and wellness, this successful entrepreneur and businessman realized that he must change his life from one of overwork and stress, to a life of peace, balance and healing.

Edmund’s journey to health is no doubt the most important of his life. His quest for healing knowledge continues as he explores the world of energy medicine and its potential to help bring greater resilience, joy and vitality to the mind, body and spirit.

Edmund invites you to follow the path to a higher state of wellness with Tao - Living in Balance.

Barbara is the writer/producer/co-producer for video/TV projects including the mind/body/spirit programs Unleashing the Healing Power of Herbs, a PBS pledge program, a twenty-six episode video project of the New York Times best-selling book series, The Power of Soul, and weekly natural health segments for CBS and CBS Saturday Morning. Barbara has also produced and directed international live webcasts and international mind/body/spirit travel programs.

Award-winning author and inspirational speaker, Tom North, has been practicing meditation for over 40 years. He has studied and worked with many experts and thought leaders in the mind/body/spirit healing community. Tom’s insightful nature, thirst for knowledge and playful curiosity contribute to interesting, candid and engaging interviews.

Coco is the President and Creative Director at Sync Design Inc., where she leads a team of international designers creating packaging, collateral, photography, and art for video and web design for some of the top home fashion retailers as Bloomingdales and Macy’s. Her work has been published in Graphis and How magazines, and her honors include both Clio and How magazine design awards.

Jed has developed shows for Discovery, History Channel, H2, The Weather Channel and National Geographic. He has been the Series Producer for the Daytime Emmy Nominated Beer Geeks and the international adventure show, Harbor House Life.